Give us this day our daily bread 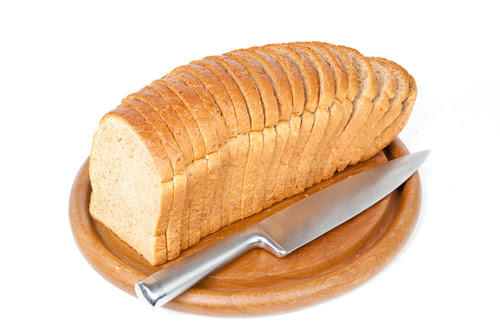 One afternoon, way back in 1979, I got home to find my neighbour in a dilemma. She had been to the supermarket and bought 6 loaves of bread - the news that day had warned that there was likely to be a strike across the baking industry and like countless others she rushed to the shops to stock up before the shortages happened. Unfortunately, when she got home she found that there was no room in the freezer: it was still chock-a-bloc with bread she had bought before the previous strike a few weeks earlier.

Supermarkets were learning at the time that the threat of a shortage would trigger panic buying (Hassall 1999): this is called psychological reactance, a theory which describes how when consumers are denied something they previously enjoyed, they desire it still more. The wider, more commonly known phenomenon is that of panic buying, and 'ostensible demarketing' in this case at least, describes how retailers restrict supply through rationing in order to boost demand.

The phenomenon of profiting from an ostensible demarketing campaign is not limited to Britain of course: Gerstner et al (1987) showed how US supermarkets had profited from rationing products and from stock outage. Supermarkets in the UK were later to find that in a similar way, rationing bread during a price war boosted demand to record levels (Jury and Gregoriadis 1999). In just the same way that the threat of fuel shortages in Britain more than a decade later (threatened strikes by tanker drivers in this case) caused demand to rocket and supplies quickly to become exhausted (Milmo 2012).

The problem with ostensible demarketing is one of motivation. There are many examples of companies benefiting from demarketing, but few where they would admit to deliberately deceiving the public. Coca-Cola, for example, rejected conspiracy theories when it bounced back after withdrawing its core product from the US market: "We are not that smart", they claimed (Clifford 2009). Supermarkets and fuel stations profited from shortages, but they surely didn't cause them.

Order this book from Amazon